Scott 4 is Scott Walker’s fifth solo album (a collection of songs he had performed for his BBC television series had been his fourth). It was originally released in late 1969 under his birth name, Noel Scott Engel (the name Walker did not appear on the original album sleeve), and was the first Walker album to consist solely of self-penned songs (Scott 1-3 had each featured translations of Jacques Brel songs, which were later compiled to form the album Scott Walker Sings Jacques Brel, and the earlier albums had also featured some songs from other sources). The quote “a man’s work is nothing but this slow trek to rediscover, through the detours of art, those two or three great and simple images in whose presence his heart first opened” (credited to the French-Algerian writer Albert Camus) appears on the back of the sleeve of the album. 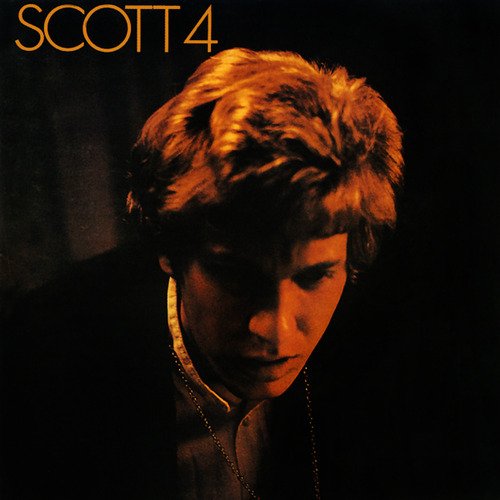