There is no biographical information on Louis Jones. He was more than likely one of the many blues singers on the Houston, TX. front in the 1950’s and 60’s. He made his debut recordings for Peacock in 1956 backed by Connie McBooker and his band. In 1959 he made a two-sided disc in Houston that saw issue on Bobby Robinson’s Fire label. In 1960 he recorded for Decca backed by Bobby Scott’s Orchestra. His final recordings were made for the Sabra label where he once again teamed up with Scott. A couple of these were reissued on OKeh but not this one. Sadly enough, Jones fell through the cracks like many of his peers when African-American musical interests shifted from blues to soul. He was never heard from again. 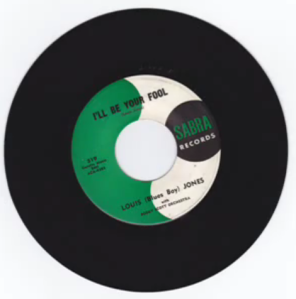