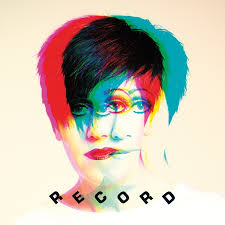 Heralding a liberating “no f*cks given” phase of life, Record (out March 2 in North America on Merge) sees Tracey Thorn return to the hedonism of club land, with her first album of entirely new material in seven years built around synth-driven tracks and a punchy sub-three-minute directness. “I wanted it to be a record you’d listen to in the daytime,” Tracey says. “On your headphones or on the move. Not necessarily in the evening, or in your bedroom.”

For all its no-fuss pop brevity, the album rotates around new single “Sister,” a dubby nine-minute Compass Point-style disco jam, where Tracey is joined again by Warpaint’s rhythm section and Corinne Bailey Rae on glorious backing vocals. “It’s full of lyrics about female solidarity and defiance—a heartfelt anthem for the dancefloor,” Tracey adds.