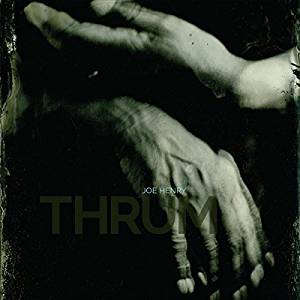 The sound of a Joe Henry record is unmistakable… There’s richness to the instruments, as well as depth and warmth that help set his work apart. – NPR

Acclaimed singer, songwriter and Grammy-winning producer Joe Henry has confirmed the release of his 14th solo album Thrum, to be released Oct 27 via earMUSIC. A run of US tour dates with full band will follow, kicking off Dec 2 in Durham, NC where Henry is an artist-in-residence for Duke Performances. Thrum is available for pre-order digitally, on CD, and on 180g double vinyl. As an appetizer, Henry reveals “Believer” today. Listen to it HERE.

The album follows Henry’s widely praised 2014 outing, Invisible Hour, as well as his 2016 pairing with Billy Bragg Shine A Light: Field Recordings From The Great American Railroad – which garnered the duo a nomination for “Duo/Group of the Year” from the Americana Music Association.

Says Henry: “I recognize at this point of my professional creative life, and in ways that perhaps have not been true before, that I am seeking less to move along the paths of my earliest musical influences – whether Bob Dylan, Louis Armstrong, or Ray Charles; Duke Ellington, Randy Newman or Johnny Cash– and more toward true alignment with the mystic poets Rilke and Whitman, Rimbaud and Rumi – each of whom invariably worked to rectify the disparity of what it means to live fully while knowing we will one day cease to; to live not in spite of the inevitable, but because of it; the poets whose spirituality was rooted in their wild humanity, and expressed by an erotically-charged lust for living itself well clear of any dogma or doctrine.

When the songs that make up Thrum began to arrive, pair off and multiply ––when I could hear within them a common vocabulary of shared intention–– I began to imagine not only the cast of musicians that might best articulate them, but as well a recording method which might bid welcome the unknowable and mercurial in each, and conjure them wholly, sparking into the room. And as I did, I went to my friend and longtime engineer, Ryan Freeland, with a proposition concerning how I might make an album that could allow for bold manipulations without forsaking the allegiances inherent to our spontaneous, performance-based ethos….

I pitched Ryan the notion that I would assemble a room of trusted brothers (one of them also a son); and as we offered up takes of each song, he would respond to their cumulative weather pushing through the control room speakers –not as a dispassionate stenographer documenting all for posterity, but as one making tonal movies on-the-fly: contorting, mixing, and printing the results to 1/2″ stereo analog tape in real time as we played.”

The resulting album is an intricately crafted collection of recordings by one of the most gifted and moving songwriters today.

Henry, also an in-demand producer, has recently produced new albums for the late Allen Toussaint, Lizz Wright, and Joan Baez. Henry will mount a U.S. tour this fall featuring longtime collaborators Bellerose, Piltch, Warren and Levon – all of whom appear on Thrum. Rose Cousins, whose recent album Natural Conclusion Henry produced, will open several of the shows. See below for a full list of tour dates.

Dedicated to Mogens Toudahl in Berlin.