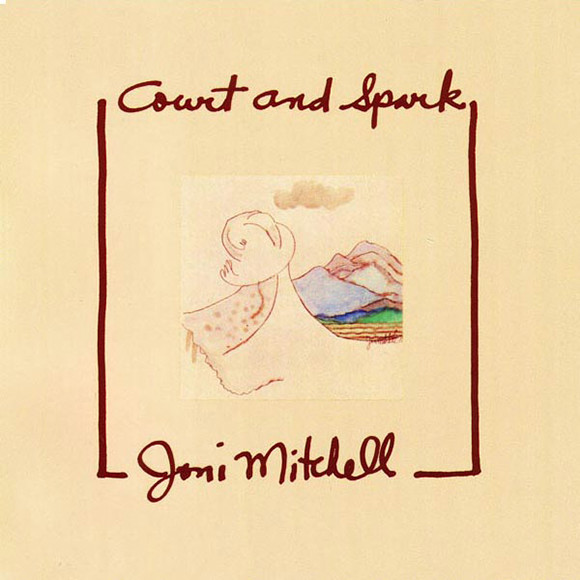 An almost perfect album. Apart from one mistake – there’s a joke song on it. I think jokes should never be on records, they just don’t last. The record is such an incredibly serious record, it’s one of the most grown-up records ever made in that the things she’s talking about and thinking about are such serious and complicated emotional situations. It’s one of the only records where I actually care about the lyrics. I really listen to the lyrics and think about what she’s trying to say. I’ve always said that country music is grown-up and she came more out of country than out of pop. Whereas pop is always about the problems of adolescence really, hooking up with someone and whether she really likes you or not, when you get to country music it’s about mortgages and divorce and things like that [laughs]. It seems to me to be about real-life, grown-up issues and so seems much more interesting to me lyrically.

This one is kind of a curveball it feels like, then, because it’s not rooted in the musicianship necessarily, and it’s kind of, but not really, about the voice is it? Not in the same way that we’ve been looking at with your other choices, in that they’re singular voices.

Yes. In a way this breaks all the other rules of all my other choices [laughs]. It’s incredibly complex. I remember buying this album when it came out in 1974 because I know it had a big impact on what I was working on at the time, which was Another Green World. When I heard this record I really thought that I’ve got to change what I’m doing. But the change was actually to do with recording practices as much as anything else. It is the best engineered album you’ve ever heard. The engineer Henry Lewy was obviously one of those great engineers like John Wood who just really understood sound and really understood how you could have that frequency there but not that one so you just shave that little bit of frequency off and you leave room for another one. These alchemists of sound. I’m sure he would have been working in the same studio for a long time and knew exactly how it worked and how it sounded. It was a set of circumstances that all came together correctly, her amazing songwriting talent and that gentleness of that Canadian feeling, rather than that American feeling, so there’s restraint and slight self-effacement about it, a modesty about it. Then when you mix it with all these super flash session players, it makes it even more modest.

I think I learned a lot from that album and have listened to it as much as any album I’ve ever owned. It was about professionalism or something like that. If you’re doing an album, someone’s going to be engineering, get somebody good! Get somebody who is going to approach that task creatively. I was working with this great guy, Rhett Davies, and I gave him much more leeway after hearing this. I thought I should let him deal with the sound world, let him take it somewhere. Push that out of the side of picture as not what I’m interested in, because I wasn’t actually very interested in it, I just wanted to get these compositions and songs down. I wasn’t thinking at all about how it was going to sound on the radio or all those things that engineers are good at. More and more as time goes on I realise what a big contribution Rhett made to those records; he’s such a gentle, quiet person, he would never impress that on you at all, he’d be mortified to think you’d ever draw attention to yourself in that way. But when I listen to things where I gave him the chance to do something, he did such beautiful things and I think it was because of this album. I learnt that some people can do certain things really well so just let them do it. Don’t get in their way.