This is a very rare ‘novelty’ recording; most of people even never heard about this recording before. Shirley Temple, the all-time great child actress, sings two famous Japanese nursery rhymes, “Yuyake Koyake (夕焼け小焼け)”, and “Kutsu ga naru (靴が鳴る)”, in Japanese. Recorded on March 11th, 1937, at Japan Polydor Studio at Tokyo, Japan. Temple was briefly visiting Japan for promoting her film “Dimples”. Despite the fact she learned the lyrics phonetically, there’s basically no errors on pronounciations; and it is pretty astonishing for a 9 year-old girl. This record had very few circulations; it was only released in Japan, and after WWII broke up, the Japanese government prohibited listening records made by any ‘American enemies’, so it is even rare in Japan. 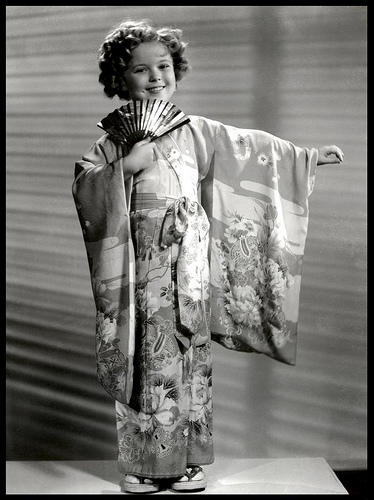