“Love in Vain” has been covered by many musicians, most famously by The Rolling Stones on their 1969 album, Let It Bleed (although, in the album credits on the original vinyl LP label, the song is listed as written by “Woody Payne”, a pseudonym of Robert Johnson’s.) The Stones also recorded a live version of the song that appeared on their 1970 album, Get Yer Ya-Ya’s Out.

“For a time we thought the songs that were on that first album were the only recordings (Robert Johnson had) made, and then suddenly around ’67 or ’68 up comes this second (bootleg) collection that included Love in Vain. Love in Vain was such a beautiful song. Mick and I both loved it, and at the time I was working and playing around with Gram Parsons, and I started searching around for a different way to present it, because if we were going to record it there was no point in trying to copy the Robert Johnson style or ways and styles. We took it a little bit more country, a little bit more formalized, and Mick felt comfortable with that.” – Keith Richards, 1990

“We changed the arrangement quite a lot from Robert Johnson’s. We put in extra chords that aren’t there on the Robert Johnson version. Made it more country. And that’s another strange song, because it’s very poignant. Robert Johnson was a wonderful lyric writer, and his songs are quite often about love, but they’re desolate.” – Mick Jagger, 1995

“Sometimes I wonder… myself (about how we developed that arrangement). I don’t know! (laughs) We only knew the Robert Johnson version. At the time we were kicking it around, I was into country music – old white country music, ’20s and ’30s stuff, and white gospel. Somewhere I crossed over into this more classical mode. Sometimes things just happen. We were sitting in the studio, saying, Let’s do “Love in Vain” by Robert Johnson. Then I’m trying to figure out some nuances and chords, and I start to play it in a totally different fashion. Everybody joins in and goes, Yeah, and suddenly you’ve got your own stamp on it. I certainly wasn’t going to be able to top Robert Johnson’s guitar playing.” – Keith Richards, 1995 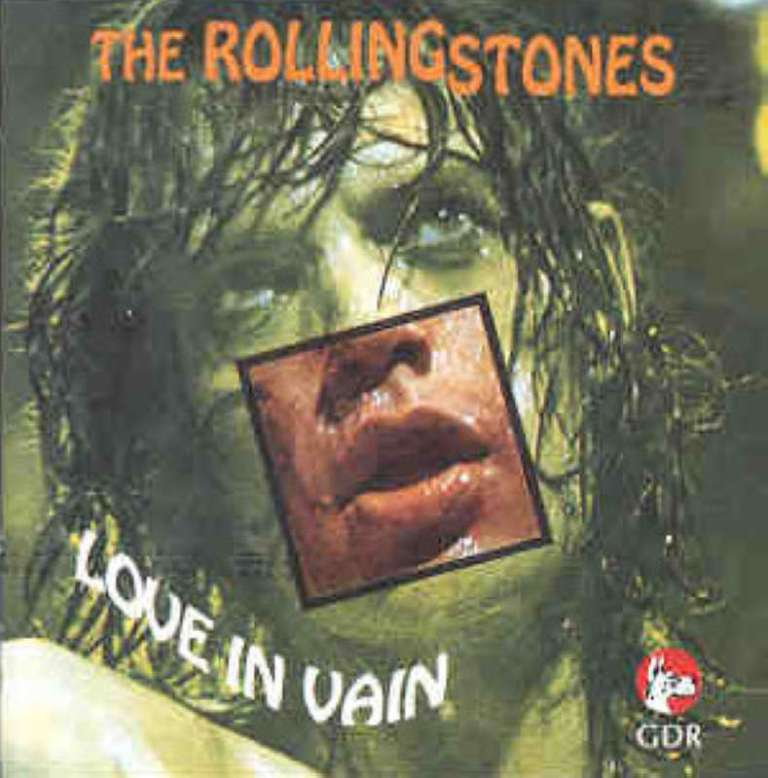