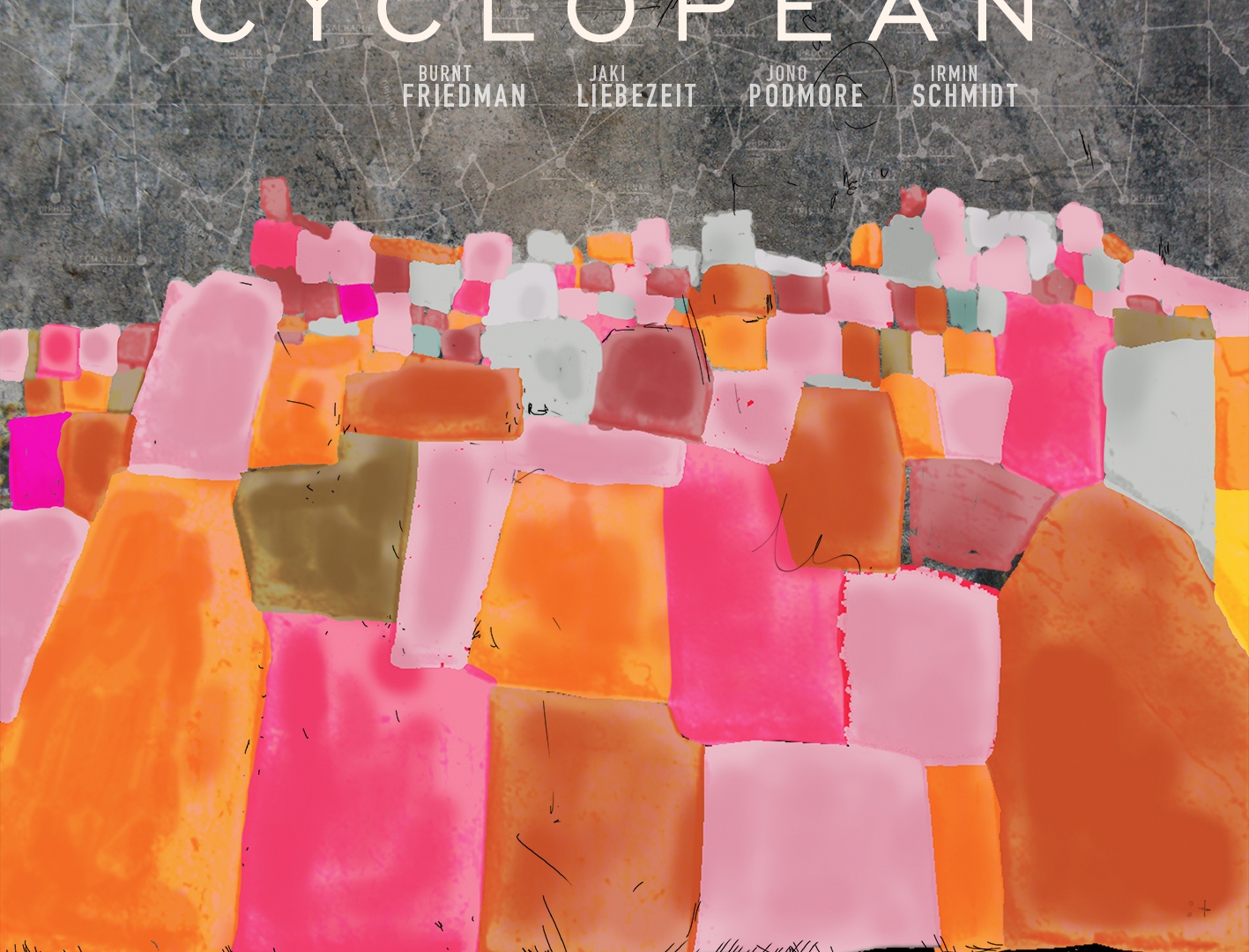 Cyclopean is a collaboration from Burnt Friedman, Jono Podmore and Can founding members Jaki Liebezeit, and Irmin Schmidt.

Available to order from these stores:

After the release of The Lost Tapes, Can’s legacy has never felt more apparent than now, and Cyclopean brings together two giants from this legendary band, Jaki Liebezeit and Irmin Schmidt alongside long time collaborators Jono Podmore (Kumo / Metamono) and musician and producer Burnt Friedman.

The title provides a metaphor for the music: Cyclopean forms are beautiful, massive and intriguing structures that interlock, intersect and connect seemingly contradictory components. Heavy, yet light, powerful, subtle, intriguing and playful. There’s also a flavour of the ancient in this music – an artefact from a sophisticated pre-culture perhaps. Extraordinary instrumentation – rubber band guitar, theremin, prepared piano – is unified through the monumental and unique drum patterns, as the characters of the four players are at once individually unmistakably and irrevocably intertwined.

The four members of Cyclopean have worked together previously: Friedman and Liebezeit’s Secret Rhythms IV was released in 2011 on Friedman´s label Nonplace and is the most recent of their releases together which began in 2002; Podmore and Schmidt’s collaborations have included two albums released as Schmidt & Kumo as well as more recent work on The Lost Tapes and Podmore has also worked with Liebezeit in the past.

Cyclopean is the first time that Friedman, Liebezeit, Podmore and Schmidt have worked together. 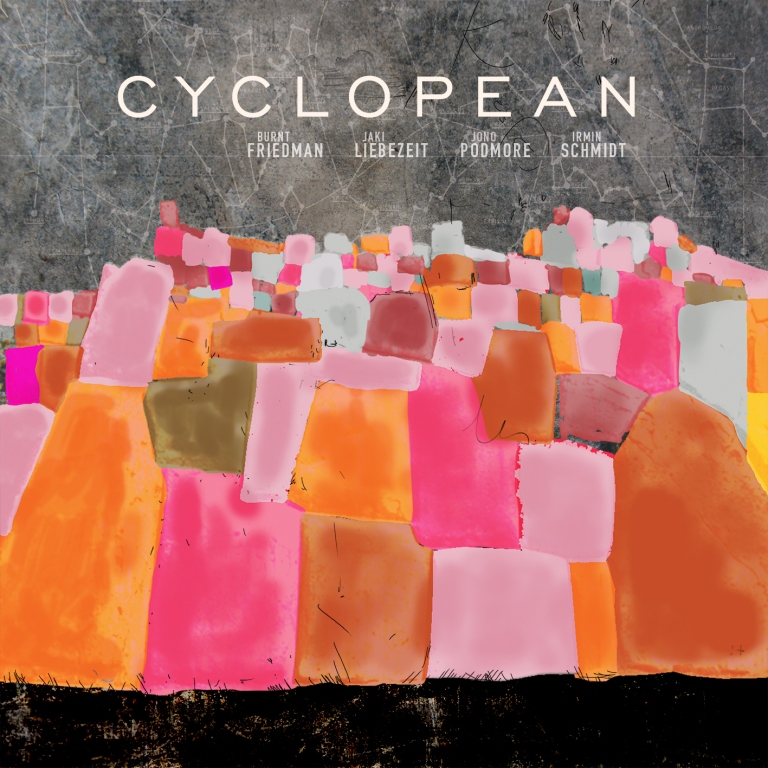