“Discovering Japan” by Graham Parker from the album “Squeezing Out Sparks”. In the late ’70s you had The Stones with “Some Girls,” Elvis Costello with “This Year’s Model,” Bruce with “Darkness,” and a “new discovery” that had been around forever, Graham Parker. He had been making records with his group, The Rumour, since the early 1970s. Much like Costello, his first three albums were also produced by Nick Lowe. In many ways this Jack Nitzsche-produced gem was his breakout album and deservedly so! Featuring tight hooks and enough anger to further fuel the Punk movement, Parker hatched this classic that still holds up over thirty years later. [Source] 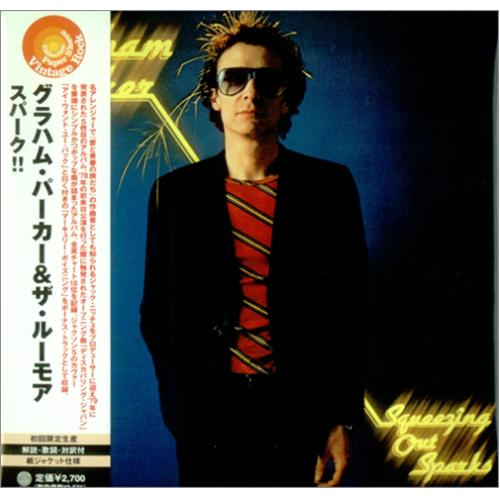 Her heart is nearly breaking, the earth is nearly quaking
The Tokyo taxi’s braking, it’s screaming to a halt
And there’s nothing to hold on to when gravity betrays you
And every kiss enslaves you

She knows how hard her heart grows under the nuclear shadows
She can’t just escape the feeling repeating in her head
When after all the urges some kind of truth emerges
We felt the deadly surges discovering Japan, discovering Japan

The GI’s only use her, they only ram right through her
Giving an eastern promise, that they could never keep
Seeing a million miles, between their joke and smiles
She heard their hard denials