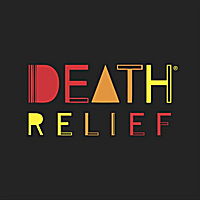 Death presents the first single release of music recorded by the now performing group Death. Releasing a track that is true to the historic Death tradition of straight ahead Rock-N-Roll via Detroit of the 70s. The sound is hard Rock-n-Roll with a very raw Detroit-Rock edge. The song “Relief” (written in 2010) highlights the full circle of Death in bridging Death of today to the Death/Detroit archive of the 70’s. Rock-n-Roll brings Relief. Relief from the mundane, Relief from holding back your emotions, Relief from the system, and the Relief you feel when you have worked all week and the weekend is just beginning, Relief!! Rock-n-Roll!! This is the first Death single release since 1976. In honor of that fact, Death has released the song “Relief” on the original Tryangle Records Label from Detroit in 1975. The Death Story continues to unfold. Please buy the MP3 here. Stream the full song here.