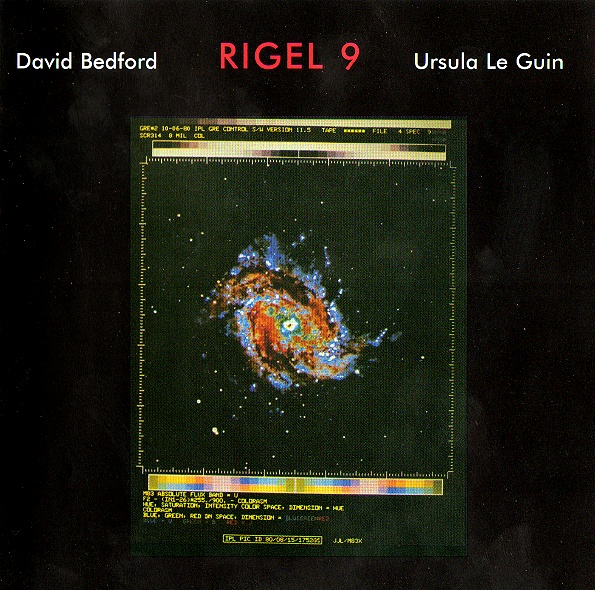 Though it is seldom ranked among the composer’s greatest works, Rigel 9 is actually one of the most easily digested, as David Bedford links with science fiction author (and now lyricist) Ursula LeGuin to create a song cycle that, though it is certainly rooted in LeGuin’s own territory, will certainly not disappoint Bedford’s own followers. The premise of the storyline is relatively simple — a group of astronauts arrive on an alien world that they believe to be uninhabited. Or, rather, most of them believe it is uninhabited. One, however, can see a city all around them, and the accompanying conflict is the theme to much of Bedford’s score. Like Jeff Wayne’s War of the Worlds, the album that can most confidently be described as a precursor to Rigel 9, the narrative portions can jar. But, as Bedford’s own moods shift between grandiose and downright creepy, it is often easy to forget there’s a “concept” unfolding altogether. This is especially true with the instrumental passages, or those that feature a full choir — Strawberry Switchblade are among the guests on the album, and their performance through the epic “Funeral Procession” is spine-tinglingly beautiful.