Sneakin’ Suspicion was the fourth album by Dr. Feelgood, and was released in 1977. During recording of Sneakin’ Suspicion, the band were dealt a potentially fatal blow with the departure of guitarist, co-writer and focal point, Wilko Johnson. The album reached number 10 in the UK Albums Chart in June 1977, and remained in that chart for six weeks. It also spawned their first single to enter the corresponding UK Singles Chart – “Sneakin’ Suspicion”. Despite its thriving British success, Dr. Feelgood was unable to find an audience in the United States. After Sneakin’ Suspicion they never released another record in the U.S. 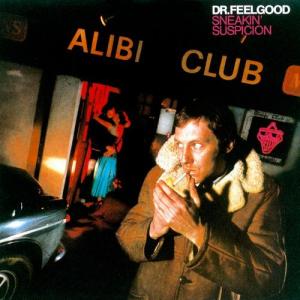