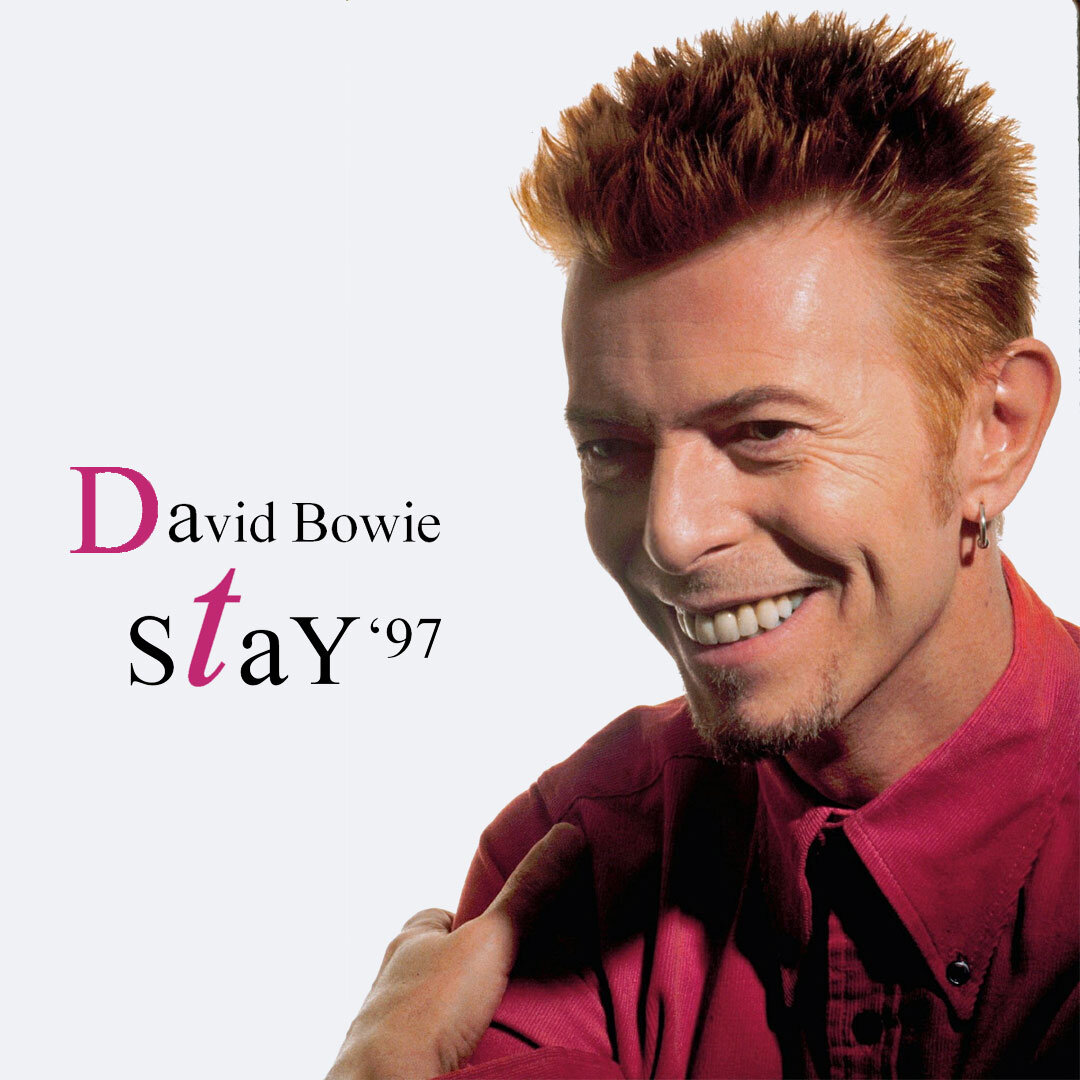 “This time tomorrow I’ll know what to do”

As most of the world still has to endure 23rd of January, some lucky people from the future are already enjoying the 24th. They can now listen to Stay ’97, the third instalment of the IS IT ANY WONDER? EP of six unreleased and rare tracks.

MICHAEL BENABIB took the photograph of David in NY in 1997 used for today’s graphic.

*Available now if it’s the 24th where you are.

DAVID BOWIE IS IT ANY WONDER? STREAMING EP OF UNRELEASED & RARE MATERIAL

Parlophone Records is proud to announce ’STAY ’97′ the third instalment of DAVID BOWIE’s IS IT ANY WONDER? EP of six unreleased and rare tracks being released once a week.

’STAY’ originally appeared on the ’Station To Station’ album in 1976 and was released as a single in North America and Japan in August of that year.

The previously unreleased 1997 re-recording of ‘STAY’ began at The Factory in the Dublin Docklands during the pre-Earthling tour rehearsals while David, Mark Plati and Reeves Gabrels were preparing the backing/sequencer tracks before the rest of the band arrived, and the rehearsals started in earnest.

David wanted to ‘update’ some of his live show staples so they would sit well sonically with the Outside/Earthling material. The recording was completed later, potentially for use as a ‘B-side’, and mixed at Right Track Recording studios, New York in May/June 1997.