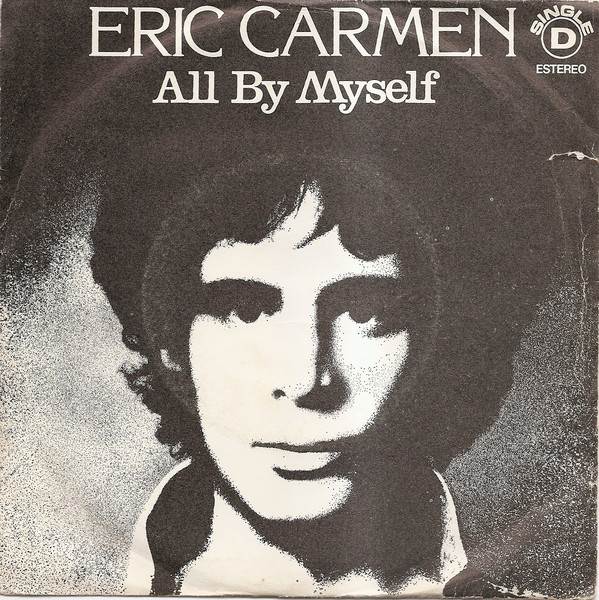 “All by Myself” is a power ballad by American artist Eric Carmen released in 1975. The verse is based on the second movement (Adagio sostenuto) of Sergei Rachmaninoff’s Piano Concerto No. 2 in C minor, Opus 18. The chorus is borrowed from the song “Let’s Pretend”, which Carmen wrote and recorded with the Raspberries in 1972.

The song was the first released on Carmen’s first solo LP after leaving the power pop group the Raspberries and was released as the first single in December 1975, to great acclaim. It reached number 2 on the Billboard Hot 100, number 1 on Cash Box Top 100 Singles and number 3 in Canada. The single sold more than one million copies in the United States and was certified gold by the RIAA in April 1976. “All By Myself” was Carmen’s first of eight US Top 40 hits. In the UK, however, this was his only Top 40 success, peaking at number 12.

Carmen thought that Rachmaninoff’s music was in the public domain and no copyright existed on it. Subsequent to the release of the album, he was contacted by the Rachmaninoff estate and informed otherwise. An agreement was reached in which the estate would receive 12 percent of the royalties from “All by Myself” as well as from “Never Gonna Fall in Love Again”, which was based on the third movement from Rachmaninoff’s Symphony No. 2.