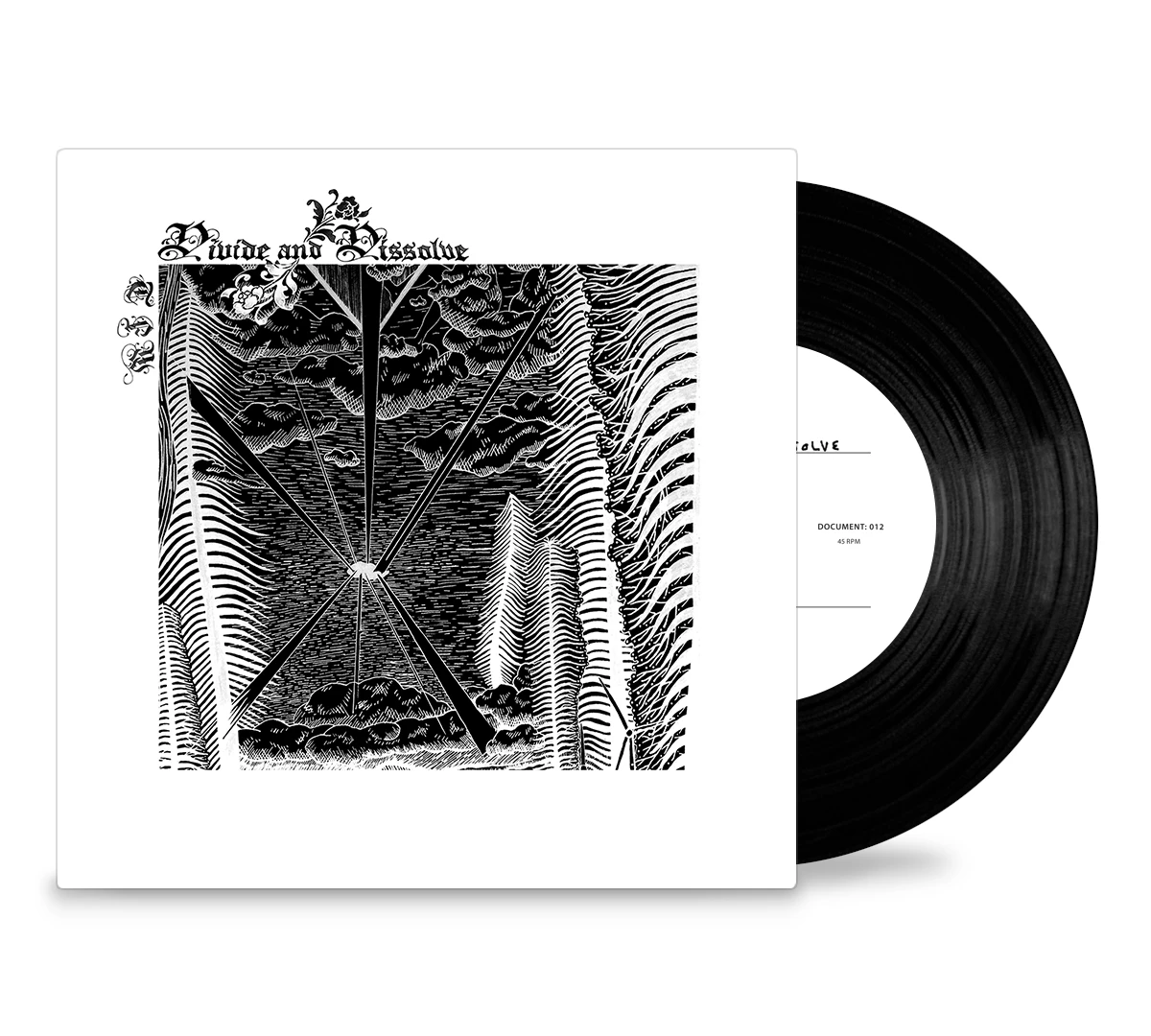 From the early protest songs that came from the violent occupation of Turtle Island (so-called United States), through punk music’s fight against the system, art has always been at the forefront of societal change. Whether that be through pointed attacks or something more existential – sung quietly or performed as loud as can be – music continues to be a spring-board for collective resistance.

Even so, few bands use their voice and platform quite as powerfully as Divide and Dissolve. Mirroring the brash, bone-crushing potency of their dynamic Drone music, the formidable Takiaya Reed (saxophone, guitar, live effects) and Sylvie Nehill (drums, live effects) carry their fight and ancestors fight forward each and every day, using the power of their performances to draw attention to the ongoing battle against systemic oppression.

The duo returns this Summer with a brand new 7″ single, to be released via Saddle Creek’s Document Series. Consisting of two tracks, the new 7″ is as thunderous as we’ve come to expect and precedes a brand-new album – produced by Ruban Nielson of Unknown Mortal Orchestra – set to be released later this year. Opening track ‘RVR’ is three-minutes of menacing guitar riffs that always threaten to explode but never quite let go, while ‘8VA’ grows from a minimal first-half to a colorful closing full of skewed, disjointed sax and inspired drum patterns that lend a whole new depth to the mesmerizing world they create.

“We would like to observe a radical shift in the current paradigm of complacency in regards to oppressive power dynamics, genocide, racism, white supremacy, and colonization,” the band have previously said. “To give weight and validation to voices that are traditionally misrepresented and criminalized before given a chance to speak.”

In 2020 those struggles have resurfaced in new and continually horrifying ways, however, Divide and Dissolve’s aim remains a simple one: to secure Black futures, liberation, and freedom; demand Indigenous Sovereignty; uplift people of color’s experiences; and destroy white supremacy.