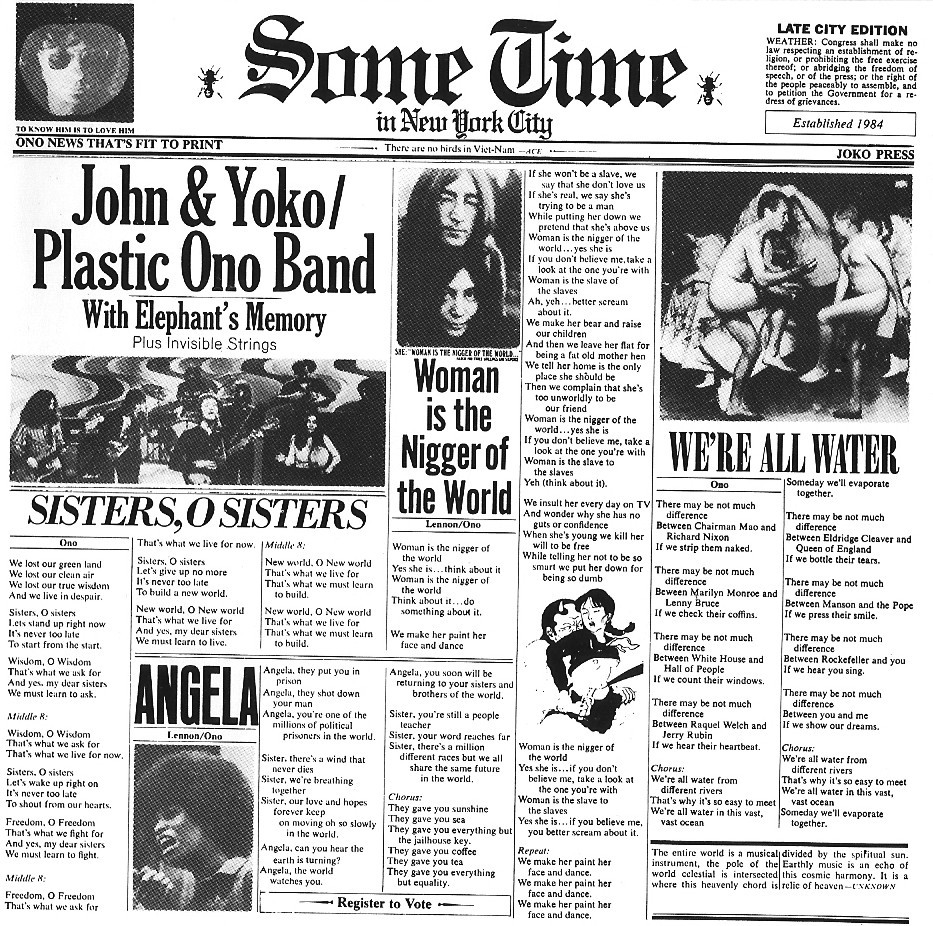 Some Time in New York City is a part-studio, part-livedouble album by John Lennon & Yoko Ono, with the American rock band Elephant’s Memory & Invisible Strings. Released on June 12 1972 in the US on Apple Records, it is Lennon’s third post-Beatles solo album. Like Lennon’s previous solo albums, it was co-produced by Lennon, Ono and Phil Spector. The album’s lyrics are very politically charged compared to its predecessors, discussing political and social issues and topics such as sexism, incarceration, colonialism and racism.