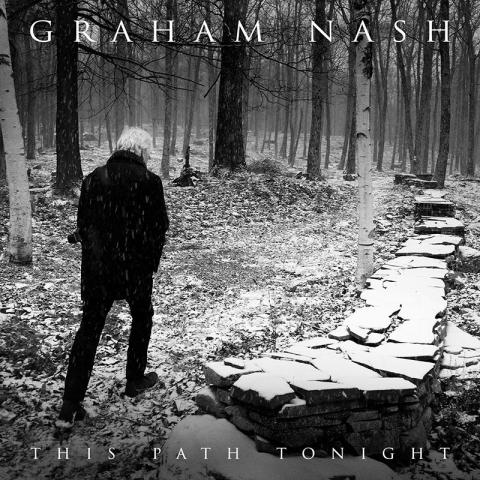 Graham Nash doesn’t just put any old impulse into a song. “I have to ‘feel’ something deeply before I have the nerve to express my thoughts as music,” the 74-year-old songwriter says. Nash returns with “Another Broken Heart” today, a new song from his forthcoming sixth solo album, “This Path Tonight.”

The acoustic-guitar driven song, which is nearly five minutes long, features Nash ruminating about a partner playing hard-to-get for fear of heartbreak. Nash says that the song’s vibe fits into the album’s 10 tracks nicely. “There have been several broken hearts on this path,” he says.

Nash has been on tour for most of the year already and has dates scheduled through August throught the U.S. and Europe. He’s playing material from his vast catalog, dating back to his first band, the Hollies. And he says fans won’t have to wait another decade-and-a-half for another album. “It all comes down to the music,” he says.

“This Path Tonight” is out April 15 on Nash’s own Blue Castle Records.