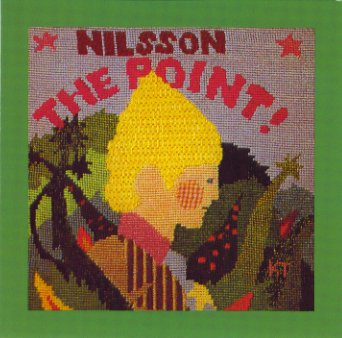 The Point! is a fable by American songwriter and musician Harry Nilsson about a boy named Oblio, the only round-headed person in the Pointed Village, where by law everyone and everything must have a point. There have been at least three adaptations of The Point!: an animated film, an album, and a musical play, each featuring songs written by Nilsson to accompany the story. The album is Nilsson’s sixth. Nilsson said of his inspiration for The Point: “I was on acid and I looked at the trees and I realized that they all came to points, and the little branches came to points, and the houses came to point. I thought, “Oh! Everything has a point, and if it doesn’t, then there’s a point to it.”