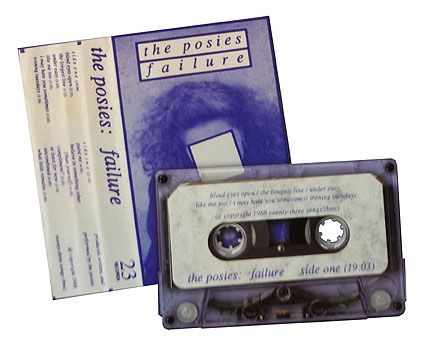 Failure is the debut album of The Posies. It was first released independently in 1988 on cassette only. In 1989 it was reissued on cassette, LP and CD in 1989 on PopLlama Records. Due to playing time restrictions imposed by the LP manufacturer the band was forced to drop one song from the PopLlama LP edition. The CD version had no time restrictions and includes the same content as the cassette. It was later remastered and reissued again in 2004 on Houston Party Records. “I May Hate You Sometimes” appears in Children of Nuggets: Original Artyfacts from the Second Psychedelic Era, 1976–1995, and was also featured in the 2000 Daria telemovie Is It Fall Yet? as the ending-credits song.