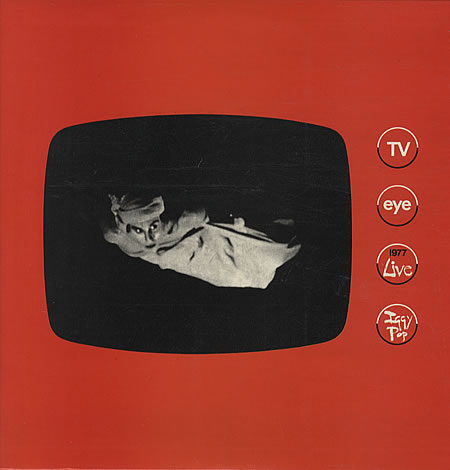 TV Eye Live 1977 or (TV Eye) is a live album by Iggy Pop originally released in 1978. Iggy took a $90 000 advance from RCA Records to finish out his contract with a live album. According to allmusic.com, the album was assembled from soundboard tapes. Iggy Pop doctored them in a German studio, quickly and cheaply for around $5,000. The album features recordings from concerts at The Agora in Cleveland, Ohio on March 21 & 22, 1977; The Aragon in Chicago, Illinois on March 28, 1977 and The Uptown Theater in Kansas City, Missouri on October 26, 1977. The album is notable for the presence of David Bowie on keyboards and background vocals for selected tracks and the rather crushing bass and drum sound; also, with the Sales brothers, the lineup prefigures in part the Bowie Tin Machine lineup.