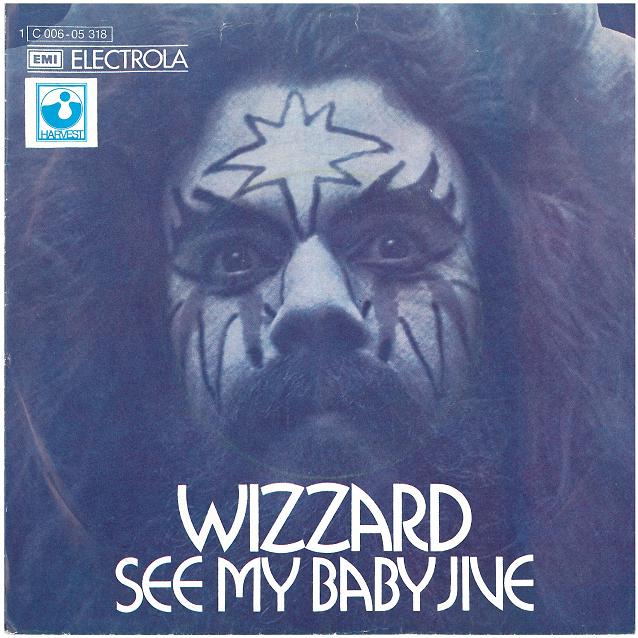 See My Baby Jive is a song by the British glam rock band Wizzard. Written and produced by Roy Wood, See My Baby Jive was the second single by Wood’s band and their first to reach number one in the UK, spending four weeks at the top of the chart during May and June 1973. The record is deeply indebted to Phil Spector’s Wall of Sound. ABBA later acknowledged its influence on their first major international hit “Waterloo” the following year. A cover version by Flash Cadillac & the Continental Kids was released in 1977.

[via Yasumichi Higashihara in Hokkaido]