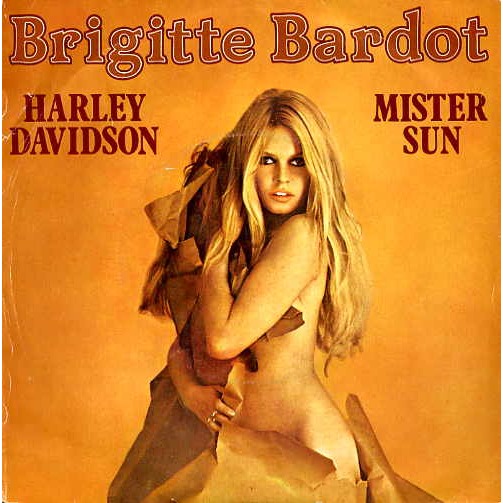 On New Year’s Eve 1967, French TV broadcast a special colour programme devoted to B.B. – ‘Le Bardot Show’. Years before its time, it effectively consisted of a collection of video-clips, which made an incredible impression on the French public. Of the dozen songs she sang, nearly half were specially commissioned. At the time of Bardot’s television special she and Serge Gainsbourg, the notorious French singer, were lovers and he wrote many songs especially for her. On the Le Bardot Show, the stream of Gainsbourg classics inspired by his new love (or demanded by her producers) were performed by the pair in front of outlandish sets of the cod-psychedelic variety that you only ever saw on 1960s TV shows.