Rudy, A Message to You is a 1967 rocksteady song by Dandy Livingstone. The song later achieved broader success when in 1979, The Specials cover, titled A Message to You, Rudy, reached Number 10 in the UK chart. Veteran trombone player Rico Rodriguez played on both Dandy’s and The Specials’ versions. 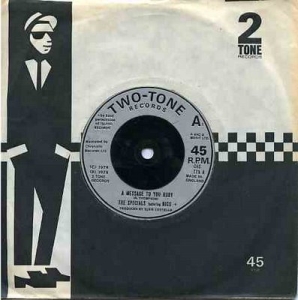 [via Henrik Føhns in Copenhagen and Petri H. Lundén in Gothenburg]