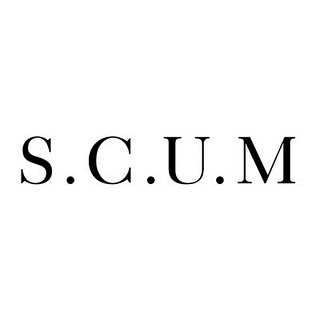 When S.C.U.M. emerged in 2008 they resembled the Horrors, when not many people were interested in the Horrors. Since then the previously all-male band have enlisted Melissa Rigby on drums, thereby undermining their ironic name taken from the title of Valerie Solanas’s feminist work, S.C.U.M. Manifesto. After a few years of procrastinating, they are finally ready to release their debut album, Again Into Eyes, which closes with the six-minute long Whitechapel, a song that features a shower of shoegazing guitars and singer Thomas Cohen’s Brett Anderson-esque croon. The remix by New York dark-wave duo Light Asylum features a throbbing bass line that carries the song to its brilliant, instrumental conclusion. [Source]