Eugene McDaniels may be famous (or infamous) for `Headless Heroes of the Apocalypse` but for my money (which isn’t much these days), THIS album has the songs! One of the weirdest career trajectories in music, McDaniels had gone from an early 60s R&B hit maker, as Gene McDaniels, with songs like “100 lbs of Clay”, then seemingly taken a few years away from music, and reemerged with this militant, bizarre, and utterly seductive music. If I remember correctly he had begun working on this album while in the studio with Bobby Hutcherson recording the amazing album “Now!” Only one of the tunes on this album is really reminiscent of that masterpiece, “Unspoken Dreams of Light”, loaded with jazz intervals and trippy, convoluted lyrics about a coming bloody revolution sweeping the country. It’s a rock-funk-folk arrangement, I suppose, but the refrain sounds like it was left over from “Now.” [Source] 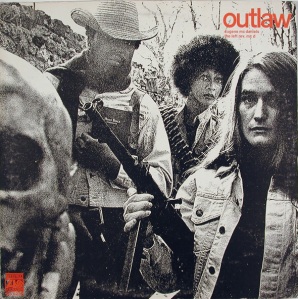