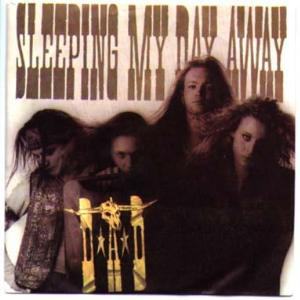 “Sleeping My Day Away” is the most successful single from the Danish rock band D-A-D. The single was released in 1989 and the single included the title song and back-up with the song Ill Will. Both songs appear on their No Fuel Left for the Pilgrims album.