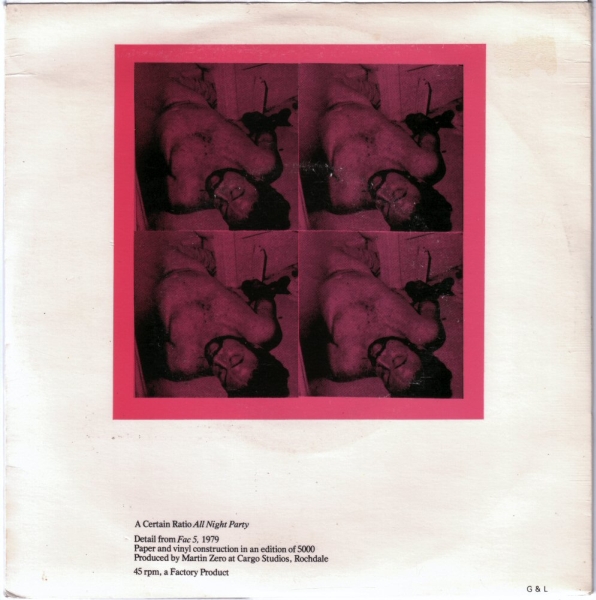 ACR’s first recorded release sounds a lot like something their fellow labelmates Joy Division would dream up, but with less foresight. A-side ‘All Night Party’ has a passing resemblance to Bauhaus’ B-side ‘Boys’. A Certain Ratio would release much better things within months of this release but this is as good a beginning as any. The two tracks on the 7″ can also be conveniently found on the group’s later compilation ‘The Old & The New’.