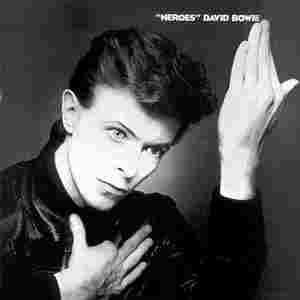 “Neuköln” is an instrumental piece written by David Bowie and Brian Eno in 1977 for the album “Heroes”. It was the last of three consecutive instrumentals on side two of the original vinyl album, following “Sense of Doubt” and “Moss Garden”. Neukölln (correctly spelled with a double “L”) is a district of Berlin. Bowie lived in Berlin for a time in 1977, although not in Neukölln but in Schöneberg. The music has been interpreted as reflecting in part the rootlessness of the Turkish immigrants who made up a large proportion of the area’s population. NME journalists Roy Carr and Charles Shaar Murray described “Neuköln” as “a mood piece: the Cold War viewed through a bubble of blood or Harry Lime’s last thoughts as he dies in the sewer in The Third Man. The final section features Bowie’s plaintive saxophone “booming out across a harbour of solitude, as if lost in fog”.